Recently, Parade Magazine published their Annual Salary Survey highlighting what people earn in various occupations. While it was interesting to learn that a baker averages around 30k a year (similar to a medical support assistant), it was also a startling reminder that so many people “doing good” for others are barely making a living. Take one woman who educates children with cancer who only earns 4k annually, while others doing good, including a therapy aide and mental health consultant, only average around 15k a year.

Still, those with big plans for their career will be pleased to know that the salary survey also included celebrity millionaires like Jennifer Lopez at 45 mil and Vin Diesel at 25 mil. But if stardom isn’t on your career trajectory, government, spiritual and education positions ranked high in earning anywhere from 55k to 90k. According to the salary survey, those who excel in their professional field like realtors, attorneys and medical professionals made close to or well over 100k, which has been the historical norm.

Still, there are statistics that leave you scratching your head. For example, why is Yellowstone guest services making only 7k while the visitor services manager for Virginia Beach is raking in 92k? And how can a home-based jewelry designer and competitive eater make 130k and 33k respectively?

So how would you rank in this annual salary survey? Would you come in at a “wow” mark or leave readers scratching their heads? Hopefully, you’re earning your worth and more. If not, it might be time to give career coaching a shot. 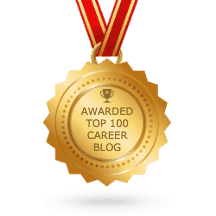