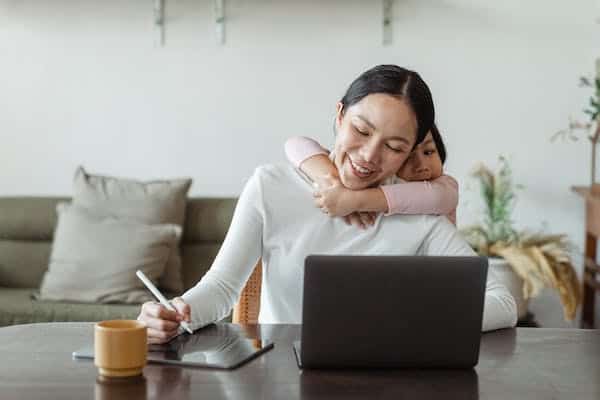 Carrie decided that if she ever wanted to find work-life balance, she would need a new career. Her current job as a financial planner had its rewards, but after ten years it also had a major drawback.

She was busy selling this lie to her superiors, her clients and to herself each time she said “No problem,” in response to the growing list of demands. Her supervisor believed that Carrie’s enthused engagement in her career would last a lifetime.

In truth, she loved her job, but the work was becoming vastly overwhelming and even though she could handle the daunting load, it was taking a toll on her health and well-being. It was a rare evening when she could focus on family. On weekends, she either worked to catch up or was “too tired to do anything other than sleep.”

She was starting to dis-engage with her career and her company.

When I first met Carrie, she couldn’t hide the tears or pain in her voice each time she mentioned work. The only smile she offered was the byproduct of laughing at the idea of calling her work a “career.”

“It used to be so exciting. Now it’s getting in the way of well-being.”

We explored just how work was “getting in the way.” From there, we built strategies for managing her current job more efficiently and strategically, especially focusing on time management. We also coupled this with a strategic career plan that focused on internal and external change, including saying “No.” Carrie eventually concluded that a new career wasn’t the best alternative.

It wasn’t easy, but it was definitely doable. We turned our focus to time management and conducting crucial conversations. Carrie soon discovered the power of the “ask,” which resulted in a flex-work schedule that not only allows her to serve her company better, but with renewed enthusiasm and engagement.

How To Be Career Happy? Take Back Your Career