Tips For Quieting Your Inner Critic

You are here: Home / A Healthy Career / Tips For Quieting Your Inner Critic 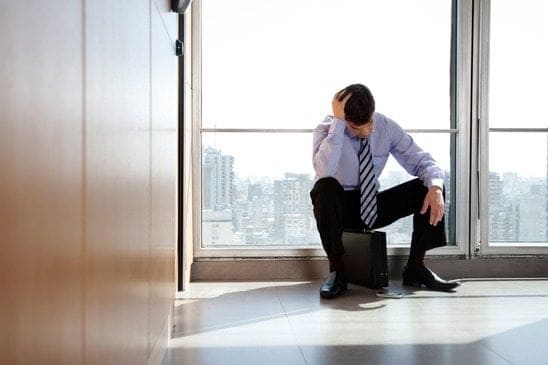 Every time Mary schedules a team meeting, a critical voice inside of her announces, “You’re a fraud. You’ve never supervised before so why do you think you can now? Your team will never respect your decisions.”

When John learns he didn’t get the position after the interview, he tells himself. “I’m stupid. No one will ever hire me. They probably laughed at me after I left the room.”

We’re our harshest critics.  Despite the fact that we’re talented, skills, experienced and more than capable of performing optimally we tell ourselves we can’t do it. Why? Psychologists cite many reasons for this tendency to allow negative self-talk to rule our decisions: It is the root of maladaptive behavior, redirects us from productivity, fear of success, fear of failure, etc. If we tell ourselves we can’t, we won’t risk being disappointed. Typically, these stem from early life experiences with parents, primary caregivers or early interactions with teachers, peers and adults. The most common expressions of inner critics include: “I’m stupid”; “I’m not good enough”; “I’m a fraud”; “I’ll never succeed”; “I’m not appreciated”; “I’m not like other people.”

Coaching helps diminish the inner critic by first identifying and labeling the negative voice and discovering when it typically emerges (awakening consciousness). Typically, that harsh inner critic often appears during a career transition, recent promotion or during any kind of change. Once the critic is labeled, your coach should help you examine, contain, alter and control your inner critic.

So what does this have to do with your career? Everything. We all have inner critics and if they are not acknowledged managed and controlled they can hold us back from being at our best and reaching our highest potential. Though the inner critic will never be silenced, it can be redirected in a positive and productive way. To get the process started, here are tips to quiet that irrational voice.

Get Busy. The inner critic often rears its ugly head when we give it too much time and attention. When you’re truly engaged in your leadership role, job search, new position or personal activities you don’t have time to manifest harsh self-talk. You’ve heard the expression, “Debbie Downer” (and maybe you even know one or two of them). If you look deeper, Debbie’s chronic pessimistic attitude is often rooted in inactivity, as well as and lack of engagement with others and more importantly with themselves. When you feel that you’re not wanted, needed or not making a contribution, you’re thoughts can turn negative and inward.  Avoid the Debbie Downer syndrome and get busy. You’re inner critic will not have time to make a squeak!

Avoid Exaggerations. Calling yourself a “loser” or “stupid” are two examples of untruths. When your inner critic resorts to name calling you need to step back and add a dose of reality to the situation. You’d never have achieved as much as you have if either of these monikers were accurate. It’s time to reflect objectively on your strengths and inherent goodness that you’re known for.

Let It Go. If you’re uncertain as to why you did not hear back after the interview, or wonder if your supervisor’s bad mood is because of something that you’ve done, you only have two choices—ask to get clarity or let it go.  No wonder Disney Princess Elsa is so popular with youth and adults alike. She knows that if we can “Let it Go” we’ll move past negative thought patterns, insecurities and doubt and focus on a bright future!

How To Be Career Happy? Quiet Your Inner Critic

I hope this article provided you with a few applicable ideas for success. I would be honored if you shared this on social media. And speaking of sharing, please share your own ideas and experiences below. Together, we can build a happier career community.